What to say... The place was packed until the very edge of the small stage.  In a setting like that, with Naomi Sijmons that close to you, you're never ready for what's coming.

Starting out with a sledge hammer, this barrel of pure, boiling magma later drove a freight train into the audience.  No escape. She ended by releasing a cloud off butterflies, all on her own; a girl with her guitar. I loved every minute of this set.

While I already liked the music before, this new album is meant to be played in the car, volume maxed out, windows open, while you are in a traffic jam.  Everyone will love you for it.  Can't wait until the album is released. I'll be one of the first to buy it.

Click on any of the pictures to see the rest of the gallery. 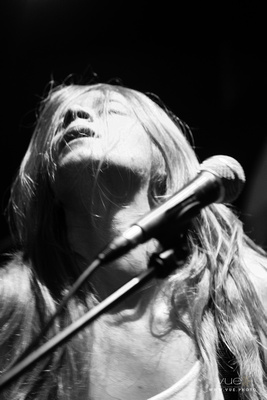 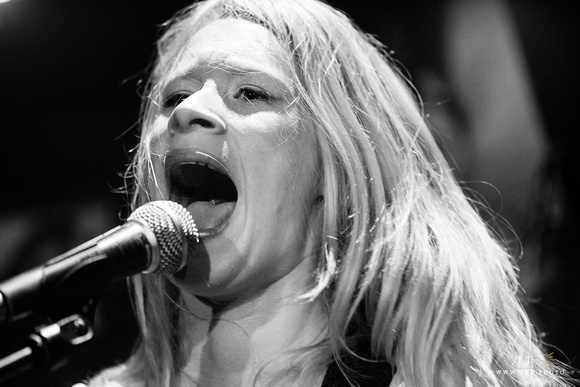