After I had photographically covered Still Crazy earlier this year as a support act to Stan Van Samang, and again during summer, they asked me to also cover the gig they organized for their 10 year anniversary, and sure enough I said yes.

This is a passionate bunch of guys who bring a ginormous amount of rock covers and they will sure take the roof off any place they play. Other than that, they are all just genuinly nice guys.

If you want to be sure people at your event have a great time, they're a sure bet. Find them at www.stillcrazy.be 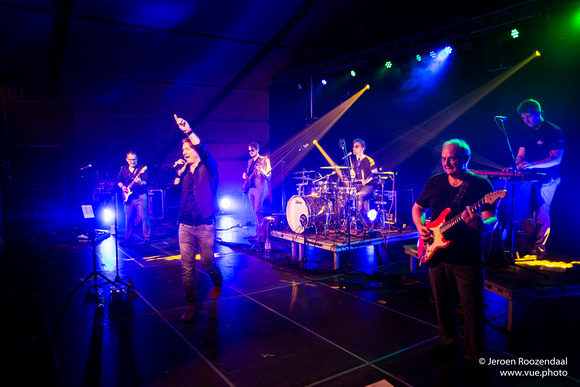 Support act: Mermaid, and what a surprise!

Before Still Crazy started their long set, Mermaid played three songs. I was so surprised and captivated by them that I almost forgot to take any pictures.  They are incredibly talented, mastering their instruments flawlessly. Their style is somewhat Indie-pop/rock. Commercial enough to sell to the public while still retaining enough unique character to distinguish themselves from mainstream hypes. Their singer, the beautiful Lotte, has a voice to perfectly match the music. She is however not just singing. She puts her soul into the performance and the audience will feel it.  I loved every bit of it and want to hear more.

The band members are all young and either follow their education in the conservatory or the Rock School in Hasselt, Belgium.