Time for some publicity

I did promise this to him a little while ago, and now it's time to put the butter on the bread. Let me start at the beginning.

I've been a photographer for quite some time. I know all there is to know about making a good photograph, and I know all about lighting outside and in the studio using flashes and softboxes.  There's one thing though, that I didn't manage to get my head around without some help.
More in particular: using light modifiers (read: reflectors).

So I decided to follow a workshop organized by someone we may call an authority on the subject.  Professionally, he shoots a lot of children's fashion for several brands, but in his spare time he is more eager to share his skill and knowledge than anyone I've ever known. He's a great photographer, a fantastic teacher and entertainer, but above all, he's a truly nice character.

His name is Tom Museeuw, and I bid you to have a look on his website and be amazed by the great pictures, most of which I know have been taken using reflectors.

the Create That Light Workshop starts with theory and practical examples. It's aimed at the advanced photographer, who doesn't need to be explained what the reverse square law means to photography and lighting the scene, just to name one thing.
After a few hours of that, the whole bunch goes out, using Tom's California Sunbouce reflectors and they'll start putting the theory to practice. 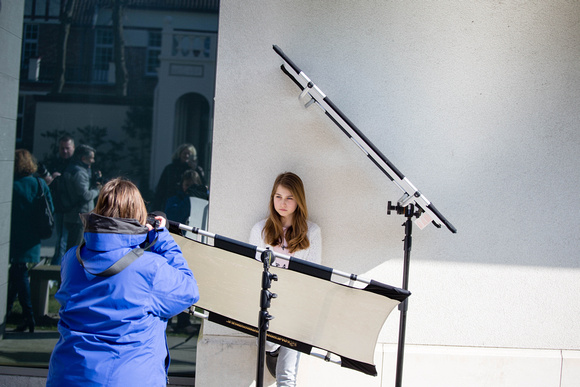 I can only say that this was probably the most useful workshop I've every had. I will most definitely get one or two reflectors for myself, as it enhances the quality of portraits in a dramatic way, at least if you have light to bounce of course.

Since the proof is in the pudding, here's one picture that  will show you how eyes get enhanced in a way I don't get to see so often with flash.  Other than converting it to black-and-white, I hardly needed to do any post processing either, which is a blessing for my workflow. If you click on the picture, you'll be taken to the gallery with more great shots. 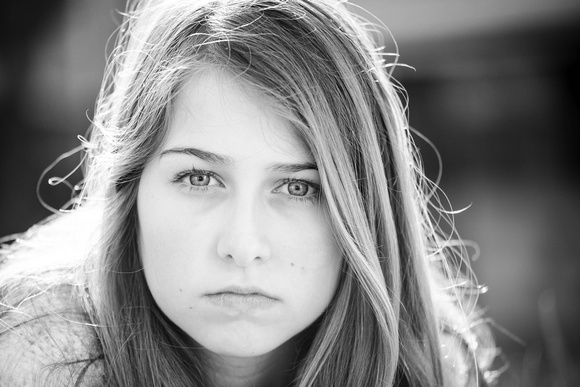 Thanks Tom. I'm truly blessed for knowing you!